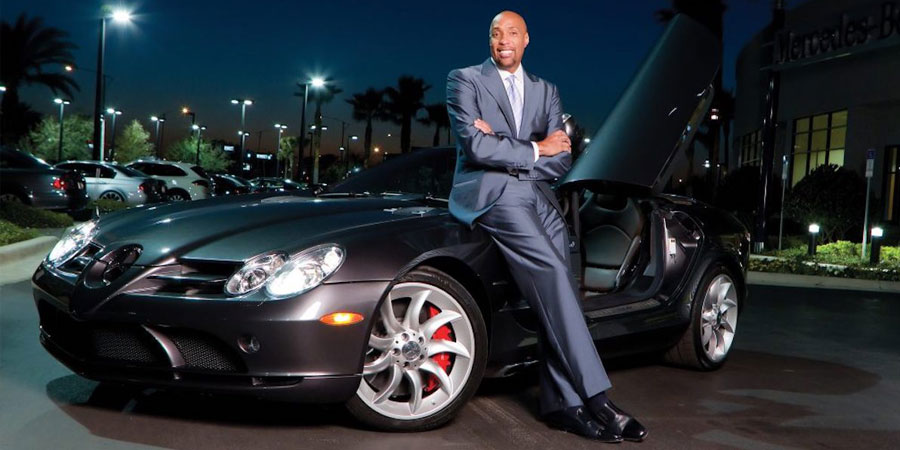 When the pandemic hit the auto industry in March 2020, dealers everywhere started tightening their belts. Eventually most found themselves with increased profits as a result. But Dr. Dorian Boyland was already months ahead of them.

“I could see something was coming,” Boyland said of his preparation-premonition. “I didn’t know what it would be, but I told my organizers and my managers that the economy couldn’t keep riding this horse, so we might as well prepare.”

The team dug into every percentage and metric they could find. They cut expenses by 20 percent across the board months before the pandemic hit. So when sales dropped in the early stages of the lockdown, their profitability never missed a beat.

According to Dr. Boyland, too many dealers forget that business is all about profitability. “I’ve done some consulting, and everybody wants to measure success differently. Some want to be able to say they’re the number one store for sales, but we don’t chase that. That title comes at a cost,” Boyland explains.

When manufacturers are pushing quotas and incentives, dealers can find themselves in a race to win a prize that cost them more than they gained.

In addition to being a dealer with the rare distinction of having a doctorate degree – and probably the only dealer with a Major League World Series ring – Boyland is also an accountant. That drives his need to know all the numbers in all the hidden corners of all of his stores. Nothing goes without his notice. He drives his team hard, but he also rewards them well. And when he talks about giving rising stars opportunities to rise higher, his voice lights up.

It might be because of how grateful he feels for the opportunity he was given when he first got into the business in the 1980s. Coming out of a career as a professional baseball player, Boyland started out on the sales floor of a dealership in Oregon. He quickly became the sales manager, and within 18 months he found himself in the owner’s office being offered a partnership opportunity.

“Well, me being who I am, I specifically asked, ‘Why do you need me? You haven’t had any partners. You have enough money. You don’t need my money,’” Boyland remembers. “He was honest to say that Chrysler was exercising first refusal on a dealership that he wanted to buy if it wasn’t a minority owner. In essence, that’s how I got started – because of the Minority Dealers programs. If they were not in place, I would not have been offered that partnership.”

In the 1980s minority dealers represented 1 percent of the dealer population, even though minority consumers were purchasing 20 percent of the vehicles on the market. Prominent public figures like Jesse Jackson lobbied hard to get manufacturers to incentivize minority ownership.

Dr. Boyland has engaged National Business Brokers on a number of deals over the years, but the opportunities NBB brought him in the early days are particularly special to him. Boyland was a fully qualified buyer with a strong track record on the finance and operations side, but because he was an African-American owner, he was not treated as a serious buyer.

“In those days I wasn’t in a position to call up an existing dealer and say, ‘Hey do you want to sell your store? I’m the right guy to buy it.’ I would have been shot down,” he remembers. NBB was able to bring him deals he would have been excluded from on his own.

“Nobody questions my finances now, or my ability to manage an operation. Now I can pick and choose, but back in the 80s and 90s I had to find someone who wanted to sell to me. I’m thankful to NBB -- you guys supported me. You put me on the list of available opportunities, and you helped me see that I needed to spread out my search to find the right opportunity.”

Boyland owns eight dealerships in four states now and his business is an extension of his life philosophy -- he is a consistent man across all areas of his life. “The only way that I can operate this business, and feel comfortable, is to operate it based on my beliefs. And those beliefs haven’t changed.”

Boyland says he runs his business like he runs his life. “If anybody goes digging for information about me, there can’t be anything negative for them to find. I had to do what I considered to be the right things. Tell the truth. Treat employees right. Don’t lie. Don’t cheat. Don’t steal. Treat the customers correctly. Represent the manufacturer like you want to be represented.”

Through his ongoing education, his inspiration to minority dealers, his commitment to values, his generous creation of opportunity for up-and-coming managers, and his consistent profitability, Dr. Boyland has shaped a new image for car dealers. National Business Brokers is proud to call Dr. Boyland a client and a friend.