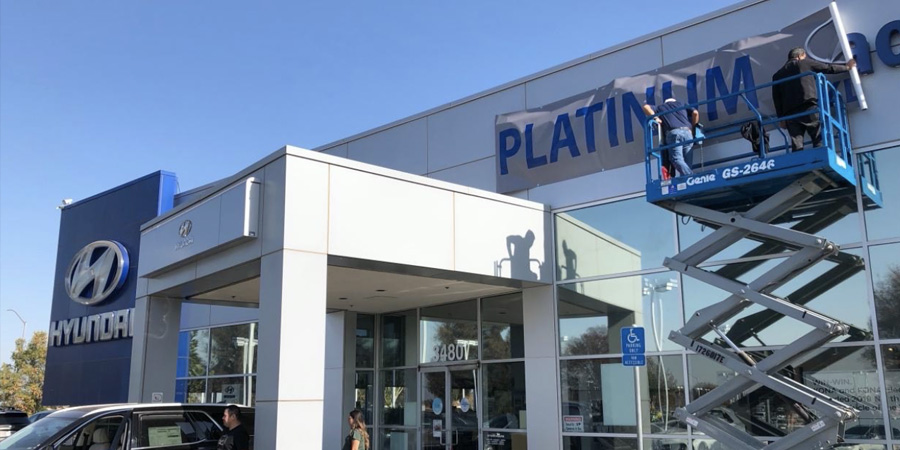 When Tony Pappas took his first job on the sales floor of a car dealership -- he remembers it was November 16, 1990 -- he had one goal in mind: to own his own dealership one day. Most people told him he had no business with a dream like that.

“I was newly married, starting a family, just coming off of being young, dumb and stupid,” Pappas says.

It was true, Pappas didn’t start with a lot of money, experience, or high-quality connections. Rather, he started at the bottom of the food chain as a salesman at Coastal Hyundai Mitsubishi in Melbourne, FL. But he worked like a future owner. He soaked up every experience, every position he was promoted through, so he could learn the business from the inside out.

“I was just a salesman, but customers often thought I owned the place. That’s what it seemed like because that’s how seriously I took my job. I loved every minute of it,” Pappas says.

Over 22 years he was promoted through every position in the dealership, spending his last decade as General Manager. Pappas had helped turn the Melbourne store into one of the most profitable Hyundai dealerships in the Southeast region. He loved the family who owned the dealership, and he loved his job, but his dream of ownership would not die.

“My dream is the dream of every GM in this business,” said Pappas. “How can I make this thing mine?”

In 2011, an opportunity arose to buy a CDJR dealership and a Hyundai dealership in California, but he didn’t have the money. “Everywhere I looked people were telling me, ‘You’re not rich enough.You’re not smart enough. We’re not taking that risk on you.’” he remembers.“You can feel very poor, not being able to bite off what you want. I needed to find a partner. That’s what you do.”

And that’s what he did. A partnership with the CEO of Premier Automotive Group out of New Orleans, Louisiana, enabled him, despite financial limitations, to become the 30% owner of not one, but two California stores:  Hyundai of Tracy and Chrysler Dodge Jeep Ram of Tracy.

Pappas was so laser-focused on his dream all those years, he can tell you the exact date of each milestone along the way.December 4, 2012, was the day he resigned his job as the GM of Coastal Hyundai Mitsubishi, shocking the family he had been with for two decades. “I was beyond excited. My dream was coming true. But I’d spent two decades with this family.That was one of the hardest days of my life,” Pappas says.

On December 21, 2012, Pappas and his new partner, Troy Duhan, closed on both stores in California.

“I uprooted my whole world, and we moved across the country,” Pappas says. “I walked away from the career I had built over 22 years to pursue this larger dream, having no idea how it would turnout. I can’t tell you how nerve wracking that was.”

Three thousand miles later, Pappas and his wife found themselves sitting on the dusty floor of an unfurnished townhouse.It was Christmas day, but as they sat across from each other — and thousands of miles from family — they didn’t quite know what to do with themselves. So they decided to take their giddy “new owners” energy to the dealership. They spent the day mopping floors and wiping down desks, full of gratitude for this dream that was coming true.

Pappas laughed at how they ended up eating alate Christmas dinner at McDonald’s, of all places. “It was the only thing open by the time we were done cleaning!”

In July of 2019, change came again. “I had spent seven years with Premier and was extremely grateful for what they did for me,” Pappas says. But the dream of full ownership was still alive and it was time to make the next move. Each partner decided to take full ownership of one dealership, with Pappas staking his claim to the Hyundai store.

“I went from being a 22-year GM, to managing partner for seven years, now trying to be 100% dealer principle — with all the risk and reward. That’s not easy,” Pappas remembers. “People are saying ‘Tony how you gonna do this? How are you going to come up with this money?’  For five months, I was making 10-20 phone calls a day, sending 30 emails, pulling credit, and refinancing my home —anything I could do to leverage money.”

It was at this point that Brady Schmidt, of National Business Brokers, stepped in as a mediator in the deal, becoming a close ally to the ex-partners, one the buyer and one the seller.

“NBB was the broker of the deal. And let me tell you, without Brady, none of this happens,” Pappas said. “My ex-partner recommended we use him (as they had a great prior relationship). Thank goodness we did. Whenever there was a snag, Brady would call my ex-partner and the snag would go away. Brady became an unbelievable friend who helped me through every step of this transaction.

While many people – banks, investors, friends – were telling Pappas “No,” he continued to push for the one “Yes” he needed. The “Yes” he eventually got was from BMO Harris to help finance the buyout.They went the extra mile and worked every angle he needed. On November 21,2019, the deal was done. With the help of NBB and BMO Harris, Pappas officially owned 100% of the renamed “Platinum Hyundai of Tracy.”

“It was a privilege to work with Tony and his family to help guide them through the process of moving from being a minority partner to being a 100% owner of his store. Tony is an amazing person and a great dealer. He will continue to be a huge success!” says Schmidt.

Today, several months into owning his own dealership, Pappas is taking time to look back at what brought him to this point. Crediting his supportive wife and four kids, he says it couldn’t have been done without them. Pappas believes being a good man, a good husband, and a good father outweighs being a good businessman, and that fear is the only limitation to what a person can achieve.

When asked what advice he has to give to GMs looking to make the jump into ownership, Pappas said, “Your conviction has to overwhelm your fear. If you’re lucky enough to live your life without fear, and with lots of support, the sky's the limit.”