Climbing the dealership ladder of success 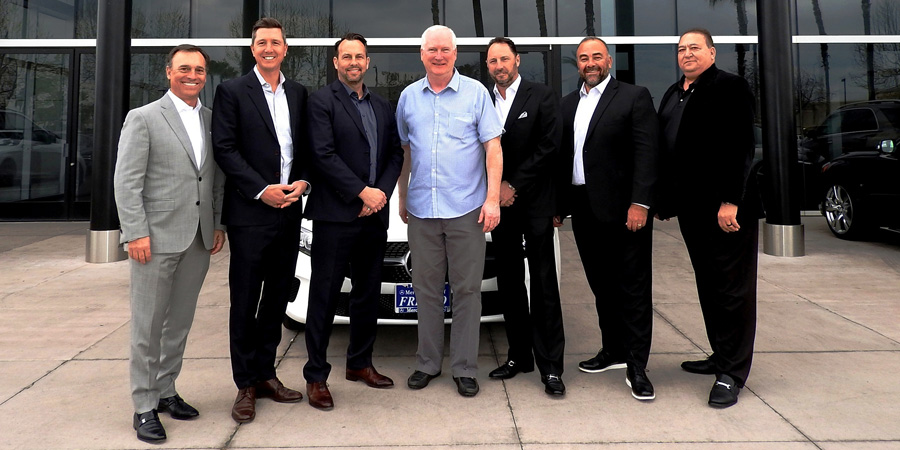 Scott Biehl set out on a path 32 years ago to own his own car dealership, and he has moved higher and higher up the ladder toward that dream over the years. He reached the top of the ladder last week when he became the dealer principal of Mercedes-Benz of Fresno.
‍

Biehl joined the store in 2003 as the General Sales Manager, quickly becoming the General Manager. The dealership was owned by the Asbury Automotive Group at the time, but when Asbury decided to sell in 2011, the factory wanted Biehl to stay with the dealership.
‍

Biehl took his first step into ownership at that time -- he partnered with Ray Beshoff and Jerry Heuer to gain his first ownership stake. Beshoff was the majority owner, and Biehl continued to serve as GM.
‍

After years of successful partnership, the group decided they were ready to sell Mercedes-Benz of Fresno and Biehl figured he would take his equity and invest it in another store to keep moving forward with his ownership plan. But again, the factory wanted him to stay on -- they wanted Biehl to buy the store.
‍

That’s when Brady Schmidt and Gary Mull, of National Business Brokers, stepped in with a creative path to principal ownership for Biehl in the store he’d invested so many years in. NBB was willing to help put together a group of interested investors to buy out the majority stakeholders, making Biehl the dealer principal.
‍

“Brady and Gary showed me a way to stay in the deal, take a little cash off the table, and come up with more shares. They structured the deal and gathered investors to put all the pieces in place to make it happen,” Biehl said.

At 53 years old, Biehl is in “build mode” in his career. Mercedes-Benz of Fresno is not the only store he plans to own. He is partnering with NBB to watch the market for the right opportunities for this group to purchase. Using NBB’s proprietary Realistic Market Value calculator, they are already plugging in the numbers on new opportunities, looking for hidden value and upside potential they can capitalize on in their next store.
‍

“There are so many Mom and Pop stores that are going to be selling in the next few years. Either they feel like they can’t compete with the big automotive groups, or they’re just ready to retire,” Biehl said. “So even though multiples remain consistent, there are still good opportunities to buy dealerships at a fair price.”

NBB brings expertise beyond knowing the buy-sell market, Biehl said.
“They’re not just a couple of guys trying to sell you a store. They’re instrumental at every stage -- all the way to finding investors, structuring the deals, and structuring financing to purchase a store.”
‍

It was an incredible privilege to work with Scott, Jerry and Ray. They are all incredible car guys with notable careers in their own right; but more importantly they are really great people.  We are so excited for Scott as he moves into the next phase of his career, and happy for Ray and Jerry that they were able to sell their interest in this store at the top of their game.  Congratulations, you guys, and thank you for putting your trust in us to help guide you through this complicated process.
‍
-- Brady Schmidt and Gary Mull